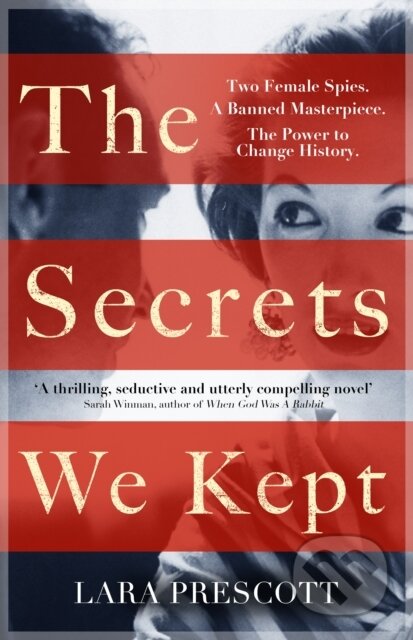 The Secrets We Kept

Two female spies. A banned masterpiece. A book that changed history. 1956.A celebrated Russian author is writing a book, Doctor Zhivago, which could spark dissent in the Soviet Union...

A BANNED MASTERPIECE
1956. A celebrated Russian author is writing a book, Doctor Zhivago, which could spark dissent in the Soviet Union. The Soviets, afraid of its subversive power, ban it. But in the rest of the world it's fast becoming a sensation.

TWO FEMALE SPIES
The CIA plans to use the book to tip the Cold War in its favour. Their agents are not the usual spies, however.Two typists - the charming, experienced Sally and the talented novice Irina - are charged with the mission of a lifetime: to smuggle Doctor Zhivagoback into Russia by any means necessary.

A BOOK THAT CHANGED HISTORY
It will not be easy. There are people willing to die for this book - and agents willing to kill for it. But they cannot fail - as this book has the power to change history.
Čti víc