As this remarkable story begins, the Chinese people were just recovering from the devastating effects of the Cultural Revolution and the loss of the country's revered leader Chairman Mao...

•A rare insider's account of the most important era in China's recent history
•The first account by a senior Chinese official of the creation and implementation of China's Opening-up Policy available in English
•A particularly detailed history, describing many of the specific people, political challenges, and policy steps involved in China's economic reform and opening to the outside world
•An academic's trove of new historical information, informed by nearly 300 declassified files, documents, hand-written scripts and pictures hitherto unavailable

As this remarkable story begins, the Chinese people were just recovering from the devastating effects of the Cultural Revolution and the loss of the country's revered leader Chairman Mao. Deep pockets of ultra-leftist thinking remained, and reformers determined to help bring the Chinese economy and industry out of its backward state faced the challenge of a lifetime. Against tremendous odds and resistance, a determined team of reformers, led by Deng Xiaoping, guided China out of its decades-long international isolation and economic stagnation.
Westerners witnessing this astonishing national transformation over the past three decades are familiar with the general outlines of the story of China's economic miracle. But few people - even within China - know the story behind the story. Who were the people who actually made this happen? What were the inside machinations that to China's shift from a planned to a market-oriented economy? By what political and policy processes were the special economic zones, which paved the way to international trade and economic growth, approved and allowed to flourish? Li Lanqing, a senior Chinese official at the forefront of the economic reforms revealed this story for the first time to Chinese readers in 2008, in his acclaimed book Breaking Through. This English edition now offers English readers a rare window onto one of the greatest economic stories of the twentieth century.
Li Lanqing, former Minister for Foreign Economic Relations and Trade, among his numerous other official titles, makes a perfect guide to the players and key events of the early days of reform. He was present at the drafting table for many of China's chief decision about the open door policy - including China's first joint venture law - and was present at the negotiating table for the earliest foreign joint ventures, as well as China's accession to the World Trade Organization (WTO). This book is informed, not only by Li's personal experience as a trailblazer and a decision-maker, but also by some 330 declassified files, documents and hand-written scripts hitherto unavailable to the public. Breaking Through is not only an historically important book - comprehensive and meticulously detailed - it is also filled with bittersweet and often-amusing personal anecdotes about China's challenges before and during the reform years (from 1977 onwards). This book is a fitting commemoration and tribute to all the stalwart figures who played a role in China's debut onto the world economic scene, upon the occasion of the thirtieth anniversary of China's Opening and Reform Policy.
Čti víc
Kupte společně 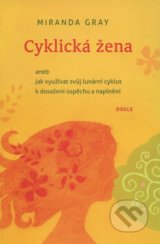