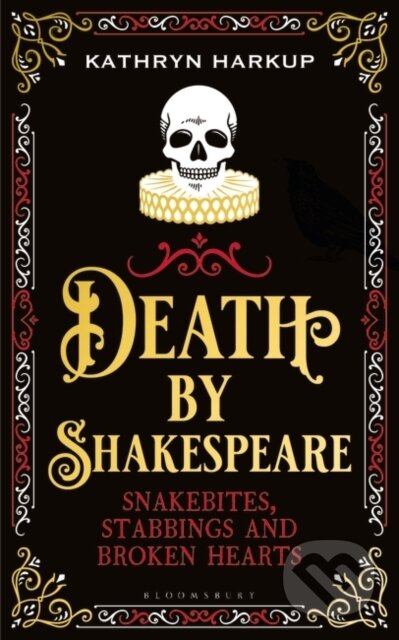 From the bestselling author of A is for Arsenic. William Shakespeare found dozens of different ways to kill off his characters, and audiences today still enjoy the same reactions shock...

From the bestselling author of A is for Arsenic

William Shakespeare found dozens of different ways to kill off his characters, and audiences today still enjoy the same reactions - shock, sadness, fear - that they did more than 400 years ago when these plays were first performed. But how realistic are these deaths, and did Shakespeare have the knowledge to back them up?

In the Bard's day death was a part of everyday life. Plague, pestilence and public executions were a common occurrence, and the chances of seeing a dead or dying body on the way home from the theatre were high. It was also a time of important scientific progress. Shakespeare kept pace with anatomical and medical advances, and he included the latest scientific discoveries in his work, from blood circulation to treatments for syphilis. He certainly didn't shy away from portraying the reality of death on stage, from the brutal to the mundane, and the spectacular to the silly.

Elizabethan London provides the backdrop for Death by Shakespeare, as Kathryn Harkup turns her discerning scientific eye to the Bard and the varied and creative ways his characters die. Was death by snakebite as serene as Shakespeare makes out? Could lack of sleep have killed Lady Macbeth? Can you really murder someone by pouring poison in their ear? Kathryn investigates what actual events may have inspired Shakespeare, what the accepted scientific knowledge of the time was, and how Elizabethan audiences would have responded to these death scenes. Death by Shakespeare will tell you all this and more in a rollercoaster of Elizabethan carnage, poison, swordplay and bloodshed, with an occasional death by bear-mauling for good measure.
Čti víc
Našli jste v našem obsahu nějaké nepřesnosti?
Dejte nám o tom vědět.
Nahlásit chybu