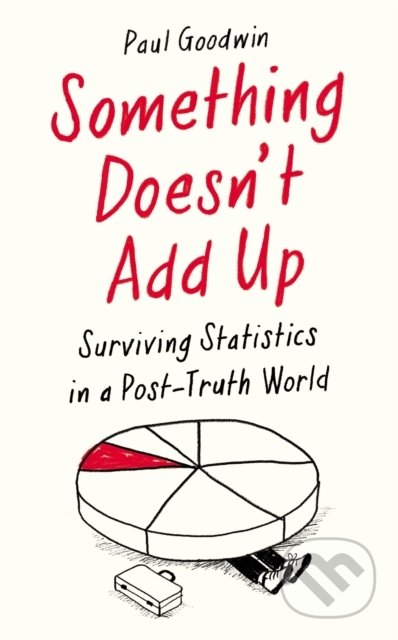 Something Doesn’t Add Up

Surviving Statistics in a Post-Truth World

Some people fear and mistrust numbers. Others want to use them for everything. After a long career as a statistician, Paul Goodwin has learned the hard way that the ones who want to use them for everything are a very good reason for the rest of us to fear and mistrust them. Something Doesn't Add Up is a fieldguide to the numbers that rule our world, even though they don't make sense.

Wry, witty and humane, Goodwin explains mathematical subtleties so painlessly that you hardly need to think about numbers at all. He demonstrates how statistics that are meant to make life simpler often make it simpler than it actually is, but also reveals some of the ways we really can use maths to make better decisions. Enter the world of fitness tracking, the history of IQ testing, China's social credit system, Effective Altruism, and learn how someone should have noticed that Harold Shipman was killing his patients years before they actually did. In the right hands, maths is a useful tool. It's just a pity there are so many of the wrong hands about.
Čti víc
Našli jste v našem obsahu nějaké nepřesnosti?
Dejte nám o tom vědět.
Nahlásit chybu