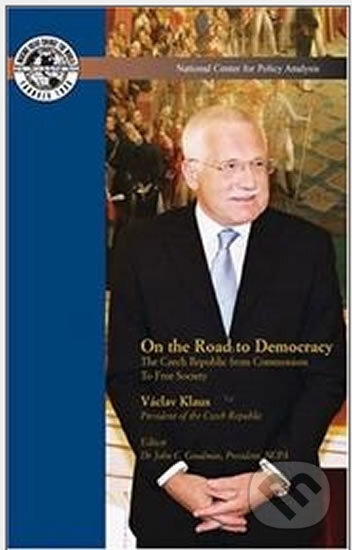 On the Road to Democracy

The Czech Republic from Communism to Free Society

On November 17, 2004, the people of the Czech Republic celebrated 15 years of independence from communist rule. For the millions of Czechs who are old enough to remember what life was like behind the Iron Curtain...

The result was a country whose economy and society were much poorer than those of Western European countries. Today's Czech economy is one of the most vibrant in Europe, with per capita income near $16,000 and a gross domestic product of $161 billion. Czechs are not only wealthier than ever before, they are also freer. Residents of Prague now can choose from more than a dozen newspapers. They can choose from an unlimited number of political parties — five of them are now in the parliament — compared to practically only one under communism. They can buy products from all over the world and sell them all over the world. They can travel to neighboring countries, form their own businesses, criticize the government, and assemble in city squares without fear of reprisal from government tanks.

This book presents a long overdue restatement of Klaus' challenges to the socialist model and shows that his ideas are as relevant today in the struggle against the expansionary welfare state as they were in the struggle against communism. It consists of 45 of Klaus' most memorable speeches and lectures, organized into four chapters — two of which look back at the lessons learned in the period after communism and two of which look forward to future challenges and opportunities.
Čti víc
Našli jste v našem obsahu nějaké nepřesnosti?
Dejte nám o tom vědět.
Nahlásit chybu