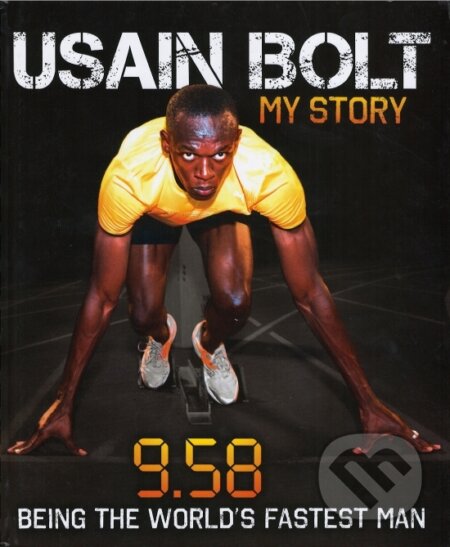 Eight days ...three gold medals ...three world records ...one amazing reputation firmly established. Usain Bolt's life - and the world of sport - would never be quite the same again. 16 August 2008 ...Beijing, China ...the Bird's Nest stadium ...91,000 spectators and an unimaginably huge global television audience ...the final of the men's 100 metres at the Games of the XXIX Olympiad. The crack of the starter's pistol triggers thousands of camera flash bulbs ...and precisely 9.69 seconds later a young Jamaican streaks across the finishing line to claim the gold medal and his destiny. Four days later Bolt claims the 200 metres gold, setting a new world record of 19.30 into the bargain, the night before his 22nd birthday. Then on 22nd August he leads the Jamaican team to more glory in the 4 x 100 metres relay final, in yet another world record time. Since those heady days of the Beijing Olympics in August 2008, Usain Bolt has lowered both the 100 metres and 200 metres world records once again - to a barely believable 9.58 and 19.19 seconds respectively - as the World Championships in Berlin brought two more gold medals and yet more superlatives. At a stroke the Jamaican has become the greatest sports star in the world. 9.58 is Usain Bolt's story so far, in his own words, beautifully illustrated with dozens of specially commissioned photographs. It's about a skinny kid from the parish of Trelawny, where they harvest the best yams in the world. It's about growing up playing cricket and football in the warm Jamaican sun, then discovering that he could run fast, very fast. It's about family, friends and the laid-back Jamaican culture. It's about Auntie Lillian's pork and dumplings and Dad's grocery store in the sleepy village of Sherwood Content. It's about what makes him tick, where he gets his motivation and where he takes his inspiration. It's about the highs and the lows, the dedication and sacrifices required to get to the top. It's about fast food, partying, dancehall music, fast cars and that lightning bolt pose. It's about radiating sport's biggest smile. This is the story of the fastest man on the planet.
Čti víc 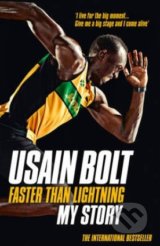