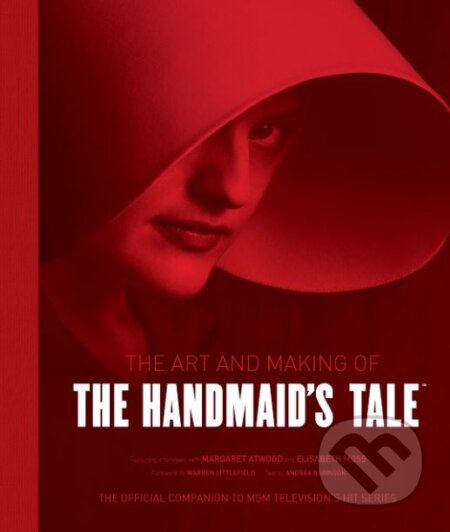 The Art and Making of The Handmaid's Tale

Explore the terrifying world of Gilead with this behind-the-scenes look at the Emmy award-winning show The Handmaid's Tale. The hotly anticipated debut of The Handmaid's Tale-Hulu's groundbreaking show based on Margaret Atwood's best-selling novel-drew a

Explore the terrifying world of Gilead with this behind-the-scenes look at the Emmy award–winning show The Handmaid’s Tale. The hotly anticipated debut of The Handmaid’s Tale Hulu’s groundbreaking show based on Margaret Atwood’s best-selling novel—drew a wide audience and rave reviews. Now, this comprehensive book details the process of bringing the story to the small screen with exclusive cast and crew interviews, backstage and set photography, concept art, costume design, and more. Dive deep into the world of the show’s dystopian future as interviews with the show’s cast and creators provide insight into the inspiration behind the characters, settings, and themes, as well as it's parallels to the real-world political climate. Showcasing striking visuals and insightful commentary, The Making of Hulu’s The Handmaid’s Tale is the definitive exploration of one of television’s most critically acclaimed shows.
Čti víc
Našli jste v našem obsahu nějaké nepřesnosti?
Dejte nám o tom vědět.
Nahlásit chybu