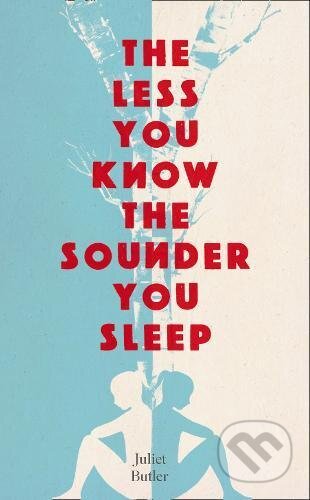 The Less You Know The Sounder You Sleep

Based on a true story, The Less You Know the Sounder You Sleep is a tale of survival and self-determination, innocence and lies.

Based on a true story, The Less You Know the Sounder You Sleep is a tale of survival and self-determination, innocence and lies.
‘We’re waiting. I squeeze my eyes shut and dig my fingers into Masha’s neck where I’m holding her. She digs hers into mine. The curtains slowly open. I can’t see anything because the spotlight is on us, bright as anything and blinding me, but I can hear the gasp go up. They always gasp.’
Dasha cannot imagine life without her sister. Masha is feisty and fearless. Dasha is gentle, quiet and fears everything; from the Soviet scientists who study them, to the other ‘defective’ children who bully them and the ‘healthies’ from whom they must be locked away.
For the twins have been born conjoined in a society where flaws must be hidden from sight and where their inseparability is the most terrible flaw of all.
Through the seismic shifts of Stalin’s communism to the beginnings of Putin’s democracy, Dasha and her irrepressible sister strive to be more than just ‘the together twins’, finding hope – and love – in the unlikeliest of places.
But will their quest for shared happiness always be threatened by the differences that divide them? And can a life lived in a sister’s shadow only ever be half a life?
Čti víc