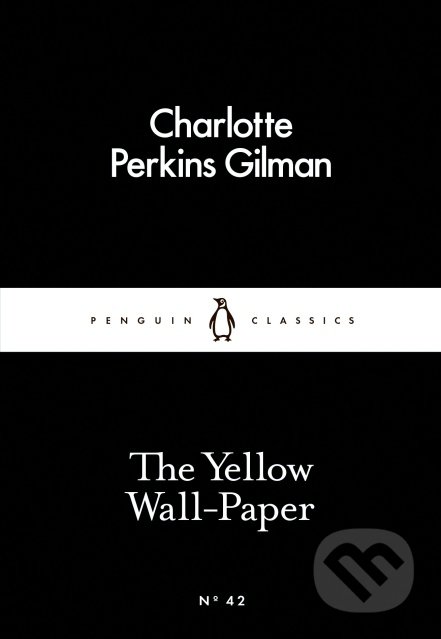 The color is hideous enough, and unreliable enough, and infuriating enough, but the pattern is torturing.'...

The color is hideous enough, and unreliable enough, and infuriating enough, but the pattern is torturing.'

Written with barely controlled fury after she was confined to her room for 'nerves' and forbidden to write, Gilman's pioneering feminist horror story scandalized nineteenth-century readers with its portrayal of a woman who loses her mind because she has literally nothing to do.

Introducing Little Black Classics: 80 books for Penguin's 80th birthday. Little Black Classics celebrate the huge range and diversity of Penguin Classics, with books from around the world and across many centuries. They take us from a balloon ride over Victorian London to a garden of blossom in Japan, from Tierra del Fuego to 16th-century California and the Russian steppe. Here are stories lyrical and savage; poems epic and intimate; essays satirical and inspirational; and ideas that have shaped the lives of millions.
Čti víc
Našli jste v našem obsahu nějaké nepřesnosti?
Dejte nám o tom vědět.
Nahlásit chybu