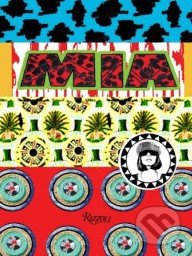 A groundbreaking and always controversial musician, M.I.A. is an influential artist and an important cultural figure of the last decade...

A groundbreaking and always controversial musician, M.I.A. is an influential artist and an important cultural figure of the last decade. Here is a documentation of her entire visual output and a telling of her story in collages, photos, and prints from her early years in art school at Central Saint Martins London through to her hugely successful three albums, mixtapes, and live performances at PS1 MoMA, Coachella, various exhibitions, installations, and music video shoots. The artwork is comprised of a wide variety of materials and media: video stills turned to stencils pieced back together to make animated installations; spray-painted canvasses scanned then made into digital collages; photographs videotaped, then run through bad computer connections to create graphic prints; artwork on nails, walls, prints for T-shirts, handmade stage costumes - anything she could find while she was touring. Also included are assorted lyrics and portions of an exclusive interview in which she discusses candidly the personal events and themes which informed her art and music at the time of each campaign. Includes foreword by Steve Loveridge, friend since her art school days and frequent creative collaborator with M.I.A..
Čti víc
Kupte společně 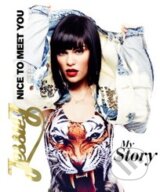