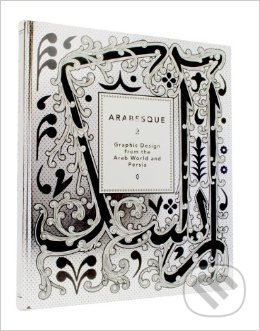 Graphic Design from the Arab World and Persia

Cutting-edge graphic work from the Arab world and Iran that is emblematic of the cultural emancipation of this entire area. The wave of protests that started this year in Tunisia, Egypt, Yemen, Libya...

Cutting-edge graphic work from the Arab world and Iran that is emblematic of the cultural emancipation of this entire area. The wave of protests that started this year in Tunisia, Egypt, Yemen, Libya, and other countries have made it clear just how much the Middle East is searching for a new identity. Young designers in the region are playing a part in this movement by increasingly emancipating themselves creatively. In their work, they are charting their own compelling course between local visual convention and a modern international style. Arabesque 2 documents the potential of this current creative emancipation in the Arab world and Iran. The book features examples of recent innovative and groundbreaking design work that is inspired by the richness of the region's visual culture. Given the important role of calligraphy in the Middle East, Arabesque 2 focuses on typography. The book presents a wide range of Arabic fonts and typefaces inspired by traditional calligraphy. These are accompanied by a rich selection of applications. Select examples of design and graffiti serve as powerful demonstrations of how text can be used illustratively.

This work is particularly relevant to those creating street art and poster design. Arabesque 2 also features graphic design, logos, editorial design, and illustration by young designers and activists from Egypt, Iran, Saudi Arabia, Jordan, Lebanon, and the United Arab Emirates. Regardless of the location and nationality of their creators, all of the examples included in the book combine modern design with the traditional, letter-based canon of Arab forms in striking ways. The book's preface is written by John Martin, co-founder of Art Dubai. Additional texts and interviews describe the environments in which the featured designers and artists work. Editors Ben Wittner and Sascha Thoma round out Arabesque 2 with a CD-ROM that features four typefaces related to its themes.
Čti víc
Našli jste v našem obsahu nějaké nepřesnosti?
Dejte nám o tom vědět.
Nahlásit chybu