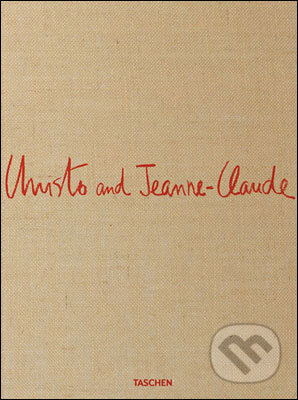 The life and work of Christo and Jeanne-Claude, in a book designed by Christo himself

"Nobody discusses a painting before it has been painted. Our projects are discussed and argued about, pro and con, before they are realized." —Christo

The work of the artists Christo and Jeanne-Claude transcends borders, resists categorizing, and embraces contradiction. This is the only large-format book that includes all of their projects, from Christo and Jeanne-Claude's works from 1958 to urban and rural temporary works of art, such as The Gates in Central Park, the Wrapped Reichstag in Berlin, and Running Fence in California. Part biography, part critical analysis, part catalogue, the book has a lively text by the critic Paul Goldberger that traces both the lives and the works of an artist couple who established a category all their own: a category somewhere between conceptual art, urban planning, architecture, politics, engineering and art.

This volume gives a detailed overview of the life and work of Christo and Jeanne-Claude, from early drawings and family photos to plans for future projects. It features hundreds of previously unpublished photographs, drawings and plans for realized works, an incisive and detailed history spanning the entire oeuvre, and in-depth interviews, in a lavish edition designed by Christo himself. In addition to a thorough photographic documentation of all of Christo and Jeanne-Claude's work, the book includes the transcript of a conversation between the artists and Paul Goldberger, the last conversation about her work that Jeanne-Claude had before her death in late 2009. Conceived originally to mark Christo and Jeanne-Claude's 75th birthdays, this book is now an eloquent homage to Jeanne-Claude, and a celebration of the work of two artists whose imagination has affected the landscape of every continent.