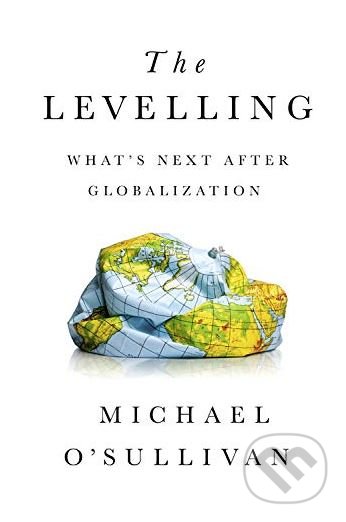 What's Next After Globalization

A brilliant analysis of the transition in world economics, finance, and power as the era of globalization ends and gives way to new power centers and institutions...

A brilliant analysis of the transition in world economics, finance, and power as the era of globalization ends and gives way to new power centers and institutions. The world is at a turning point. While globalization benefited many, it produced extremes with drastic wealth inequality, indebtedness, and political volatility among the most important. As the ground underneath globalization undergoes tectonic shifts, noisy, chaotic, and disorderly events—such as Brexit and the election of Donald Trump—are the first harbingers of a world being turned upside down. In this book, Michael O'Sullivan shows the many ways the levelling of the twenty-first century will unfold: The levelling out of wealth between rich and poor countries; of power between nations and regions; of political accountability and responsibility between political leaders and "the people"; of institutional power—away from central banks and defunct twentieth century institutions such as the WTO and IMF.

The Levelling comes at a crucial time in the rise and fall of nations and has special importance for Americans as our place in the world—the ebbing of our influence, profound questions over our economic model, the apparent decay in our society, and turmoil in our public life—undergoes radical change before our very eyes.
Čti víc
Našli jste v našem obsahu nějaké nepřesnosti?
Dejte nám o tom vědět.
Nahlásit chybu