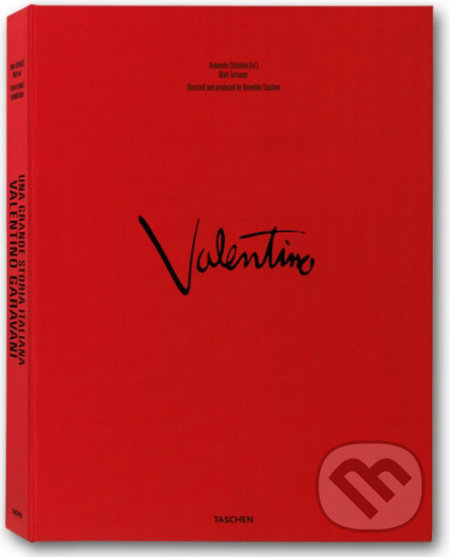 As beautiful and luxurious as one of his gowns, this is the ultimate homage to Valentino, gathering hundreds of images from his archives, including drawings, portraits, and magazine shoots, alongside a vast array of editorial features...

The glamorous life and work of Valentino Garavani

Think Valentino: think luxury, think elegance, think red carpet. Fashion’s beloved upholder of refined decadence and the most exciting couturier in business is known around the globe simply by his first name. Only a few years after opening his fashion house in Rome in 1959, the designer counted Elizabeth Taylor, Jackie Kennedy, and Audrey Hepburn among his devotees. Over 40 years later, not much has changed—he’s still dressing the top celebrities, from Gwyneth Paltrow to J.Lo, while his business has now grown into one of the most famous fashion houses in the world.

Never wavering from his signature style even when grunge, deconstruction, and other passing fads were all the rage, Valentino has always designed clothes for glamorous and sophisticated women. Though his couture division almost never makes a profit (his ready-to-wear lines are what fuel the business), his heart is most solidly devoted to the magnificent haute couture gowns that earned him his reputation as fashion’s most talented dressmaker.

This luxurious Collector’s Edition pays homage to Valentino’s illustrious career via a copious selection of images from his archives, including drawings, magazine shoots, advertisements, portraits of Valentino, and documentary photographs. Presented chronologically, the visual material is accompanied by a vast array of newspaper and magazine articles about Valentino throughout the years as well as Vanity Fair writer Matt Tyrnauer’s interviews with 20 of Valentino’s closest collaborators and friends and a tribute from fashion writer Suzy Menkes.