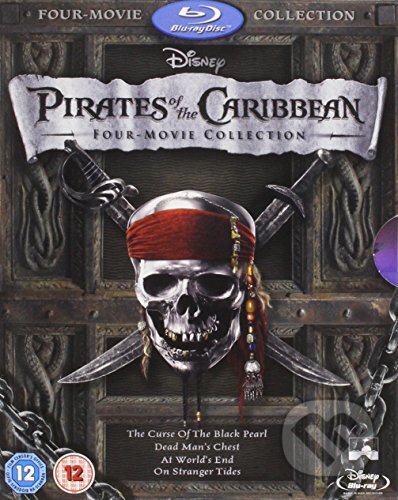 Pirates of the Caribbean: Four-Movie Collection

The first four movies from the hugely popular 'Pirates of the Caribbean' series. In 'The Curse of the Black Pearl' (2003), when Elizabeth (Keira Knightley), the daughter of Governor Swann (Jonathan Pryce), is kidnapped by Captain Barbossa (Geoffrey Rush)

The first four movies from the hugely popular 'Pirates of the Caribbean' series. In 'The Curse of the Black Pearl' (2003), when Elizabeth (Keira Knightley), the daughter of Governor Swann (Jonathan Pryce), is kidnapped by Captain Barbossa (Geoffrey Rush) and his band of pirates, love-lorn Will Turner (Orlando Bloom) goes to her rescue. However, he needs help to get on board the pirates' ship, The Black Pearl, and enlists ship captain Jack Sparrow (Johnny Depp).

But they are up against more than just sword-swinging pirates; the crew of the Black Pearl are cursed to spend their time between the living and the dead and only the blood of Elizabeth can break the curse. Will and Jack have to overcome the undeadly crew and rescue the governor's daughter which culminates in a special-effects-laden sword fight between the two captains. In 'Dead Man's Chest' (2006), once again thrown into the world of the supernatural, Jack finds out that he owes a blood debt to the legendary Davy Jones (Bill Nighy), Captain of the ghostly Flying Dutchman.

With time running out, Jack must find a way out of his debt or else be doomed to eternal damnation and servitude in the afterlife. But Jack will not give in without a fight, which is especially bad news for Will and Elizabeth, who get caught up in Jack's mishaps. If Jack can't find a way to rid himself of Davy Jones once and for all, it may just spell the end for the three adventurers.

In 'At World's End' (2007) after Elizabeth, Will and Captain Barbossa rescue Captain Jack from the land of the dead, they must face their foes, Davy Jones and Lord Cutler Beckett (Tom Hollander). Beckett, now with control of Jones' heart, forms a dark alliance with him in order to rule the seas and wipe out the last of the Pirates. Now, Jack, Barbossa, Will, Elizabeth, odeah witch Tia Dalma (Naomie Harris) and the rest of the crew must call the Pirate Lords, including the infamous Sao Feng (Yun-Fat Chow), from the four corners of the globe together to make one final stand for freedom.

In 'On Stranger Tides' (2011) Jack is enticed aboard the Queen Anne's Revenge - the ship of fearsome pirate and Jack's arch-nemesis Blackbeard (Ian McShane) - by a past love, Angelica (Penélope Cruz). He soon finds himself on an unexpected journey to the fabled Fountain of Youth - but is the beautiful and seductive Angelica all she appears to be?
Čti víc
Kupte společně 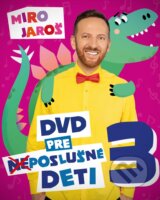