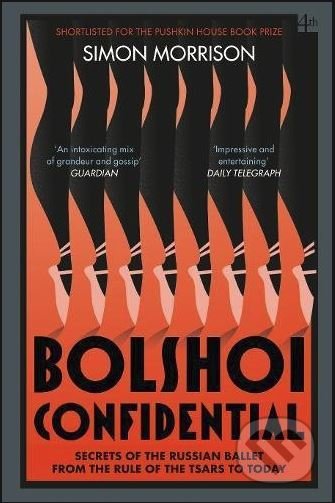 On a freezing night in January 2013, an assailant hurled acid in the face of the artistic director of the Bolshoi Ballet, dragging one of Russia’s most illustrious institutions into scandal.
In Bolshoi Confidential, renowned musicologist Simon Morrison shows how the attack, and its torrid aftermath, underscored the importance of the Bolshoi to the art of ballet, to Russia, and to the world.
With exclusive access to state archives and private sources, Morrison sweeps us through the history of the ballet, from its disreputable beginnings in 1776 to the recent ?450 million restoration that has returned the Bolshoi to its former glory, even as its prized talent has departed.
As Morrison reveals, the Bolshoi has transcended its own fraught history, surviving 250 years of artistic and political upheaval to define not only Russian culture, but also ballet itself.
Čti víc