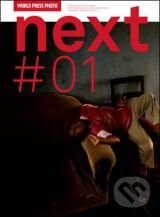 The Joop Swart Masterclass has been organized by World Press Photo every year since 1994 and has established itself as one of the most prestigious events of its kind. It has played host to some of the finest young photographers from around the world...

The Joop Swart Masterclass has been organized by World Press Photo every year since 1994 and has established itself as one of the most prestigious events of its kind. It has played host to some of the finest young photographers from around the world, bringing them into contact with some of the most established members of the profession of photojournalism. The masterclass owes its name to World Press Photos late chairman, who was a passionate supporter of young photography talent. Since its inception, the masterclass has provided a springboard for participants destined to become the cream of the crop of photojournalists. To name just a few: Giorgia Fiorio, Kadir van Lohuizen, Jodi Bieber, Paolo Pellegrin, Olivier Culmann, Stephan Vanfleteren, Joachim Ladefoged, Balazs Gardi, Jonas Bendiksen, Pep Bonet, Tim Hetherington, Justin Jin, Lynsey Addario, Alexander Gronsky, Martin Kollar, Gillian Laub, Simon Roberts, Naomi Harris, Benjamin Lowy, Pieter ten Hoopen, Samantha Appleton, Alfredo DAmato, Rena Effendi, Lana lezić, Stephanie Sinclair, Mikhael Subotzky, Newsha Tavakolian, Olivia Arthur, Christoph Bangert, Kate Brooks, Alexandra Demenkova, Cédric Gerbehaye, Rafal Milach, Peter van Agtmael, Kathryn Cook, Dominic Nahr At the beginning of each year, 18 independent selection committees nominate over 170 young photographers from across the globe as candidates for the masterclass, inviting each to submit a portfolio of work for consideration. After the selection by an independent committee, the twelve finalists are asked to produce a photo essay in which they give their interpretation of the theme chosen that year by the selection committee. An edit of all twelve participants photo stories is made and published in the Masterclass book. During the 6-day long masterclass, six internationally known professionals from the world of photography dedicate a week of their time sharing their personal experience and expertise with the students. Each year, the programme of the Joop Swart Masterclass is tailored to the specific learning needs of the students but in general includes: review sessions serving to evaluate the participating photographers work and their approach; interactive group sessions on specific topics related to the experience and expertise of the masters; one-on-one sessions; editing exercises and the launch of this book. For the first time, the book has been co-published by World Press Photo and Schilt Publishing. Schilt Publishing also produces the World Press Yearbook, which is published in seven different languages.
Čti víc
Našli jste v našem obsahu nějaké nepřesnosti?
Dejte nám o tom vědět.
Nahlásit chybu